Fear not, all 27 of you out there that actually read this. Alas, I’ve been knee deep in learning 982938 culinary phrases (braise, brunoise, boquet garni, broil, bake, batonnet, bernaise, who knew there was so much to learn in the “b” category alone?) and programming shall resume shortly. So you got your knife kit, now what? Before you’re poached pear-ing and artichoking (or in my case, just choking because you have no idea what you’re doing…) here are a few key assets I wish I knew to buy before the first week of culinary school.

It will come in handy more than you ever dreamed. No excuses. It’ll probably cost you 75 cents at a hardware store. Unless you’re me and go to a hardware store that doesn’t sell it, than head off in a blizzard to Michael’s, an art supply and crafts store that also doesn’t carry it, and finally wind up at Staples that sells a pack of 2 for $3, but you subsequently lose the first set without even using them, and have to trek back to buy another set. So let’s just say it ranges from 75 cents to $6 (and a whole lot of frustration). Pro-tip: Don’t ask your significant other if he has one you can borrow.

Remember that aforementioned  super-expensive knife kit? You don’t want to be the idiot who gets their knives stolen, or, even more likely, confuses it with the mayhem of 20 other knives floating around the kitchen from your classmates and then grabbing the one with the dull edge…right before the exam. I jazzed mine up with glittery looking tape, but any old tape will do. As if that $300 knife kit wasn’t enough, just suck it up and pay the $15 at your school’s front desk or online for one of those nifty kits. It comes with 3-D cut-outs of the widlly impossible cuts you still won’t understand how to accomplish (Tourné, anyone?). Your knife skills practical exam will be thanking you.

You’ll have more knives, hand towels, and pastry thing-a-ma-bobs than you know what to do with, which you’ll probably cry over if they go missing. Not to mention your cell and wallet. Do yourself a favor and show up with a lock on day one, ready to go.

Remember those super expensive pairs of ugly clogs you bought? Couple that with the insane amount of hours you’ll be standing on your feet all day. Now: make those shoes worth it by spending the extra dollars on insoles so the comfort level goes from “Meh, why did I spend $90 on these” to “Kind of walking on air.” Yes, you read that right. This is a (mostly) vegan blog and I’m reading a book called The Carnivore’s Manifesto: Eating Well, Eating Responsibly, and Eating Meat. Why? I can preach all I want (though I try not to) about the merits of eating a plant-based diet, but for the folks out there advocating eating from a sustainable, kinder food system that includes animal products, I think it’s worth hearing their side of the argument too.

The quote, simple, but moving, reflects the overall tone of the book and is worth repeating out loud a few times to let it sink in:

“If you grew as fast as a corporate chicken, you would weigh 349 pounds at age two. Congratulations, Pilgrim’s, Tyson, Perdue, Wayne Farms…”

If that doesn’t make you want to steer clear of factory farmed animals, I don’t know what will.

One of the many cool perks of working in publishing is having anywhere between 1-7 excuses to drink on a Monday night thanks to a slew of press events. This past Monday, I was dazzled by the esteemed Harold Pratt house (Don’t worry, I had to google it too) at a celebration for Glenfiddich‘s The Original launch party. 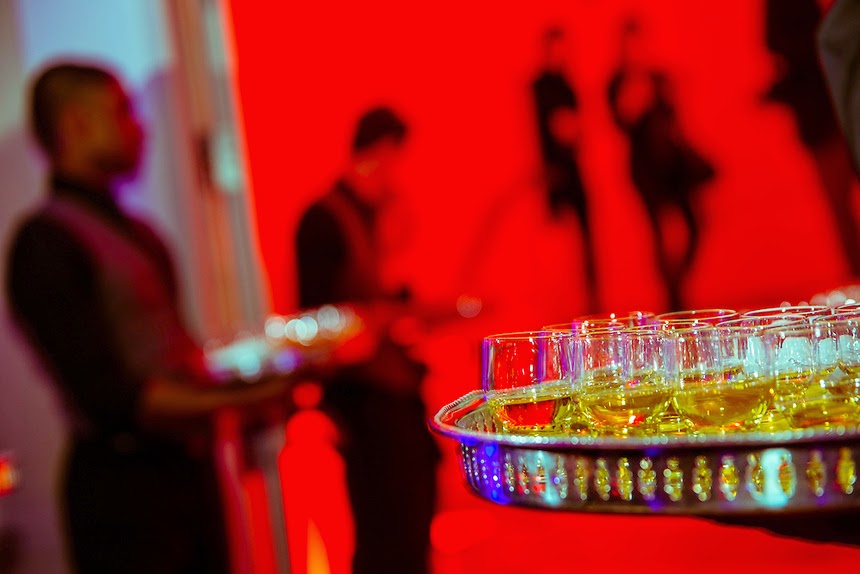 My friend Shallon and I entered the not-so-humble Park avenue abode, bracing ourselves for an evening of whiskey-infused merriment. Not being a whiskey drinker (Sorry…every guy ever), I was bracing myself for an evening of soda water. Instead, I met two cocktails I’m seriously lusting over. Now, you can too (though hopefully not on a Monday):
Oh and just because: 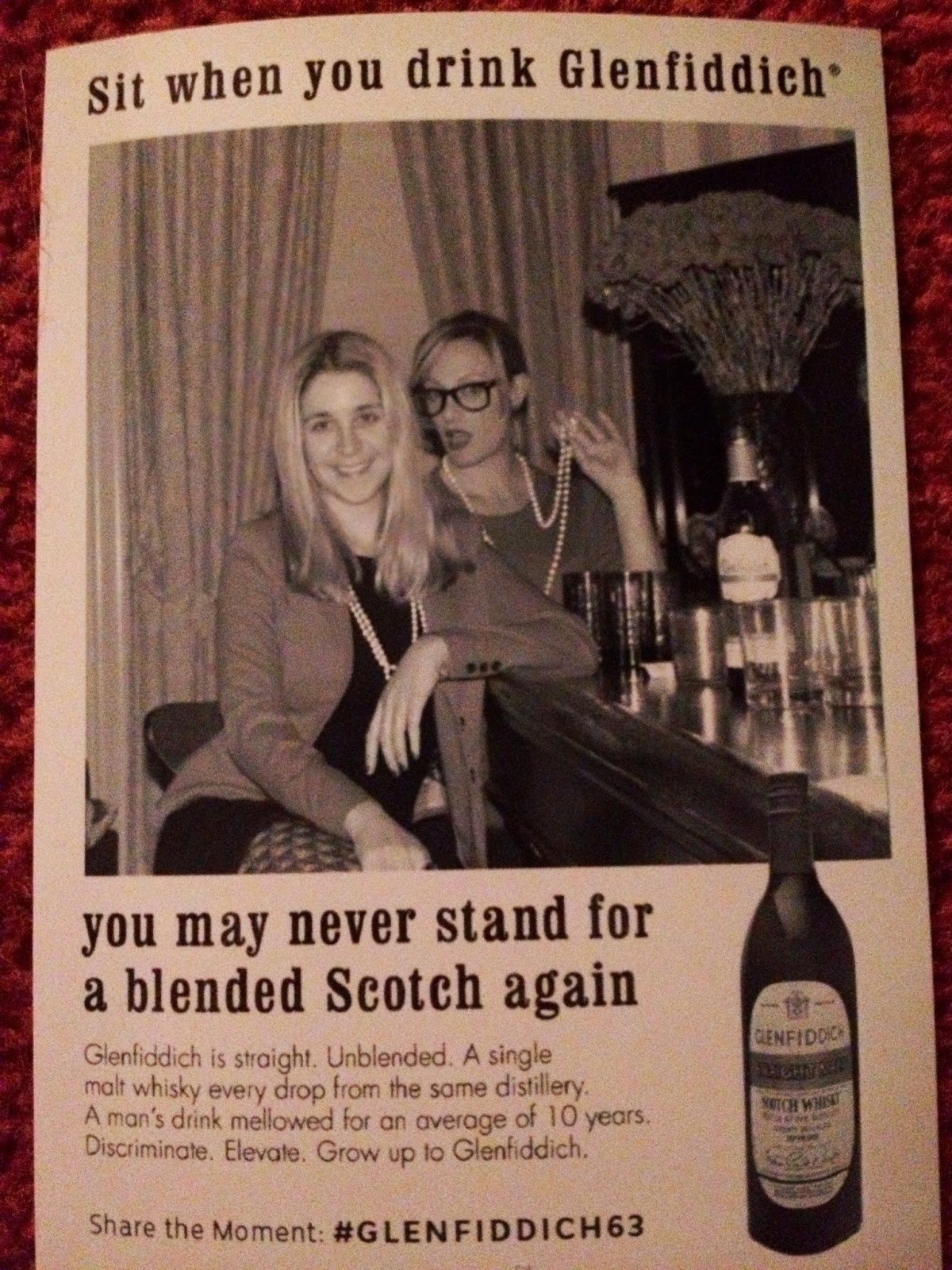 It’s apple season! Bur instead of putting those forbidden fruits to use in pies and tarts, my laziness and general dislike for cleaning lots of mixing bowls and pots post-baking has compelled me to throw them into just about every kind of salad I’ve been having. Out of the 29382893 various incarnations of fall salads I’ve tinkered with in the past month, this simple gem proves the perfect balance of tart, crunchy, sweet and satiating.

Also, I feel like saying I made it with a H-D vinaigrette makes it sound classy and challenging, when really it’s as simple as dumping a few things into a bowl and stirring vigorously. Behold: 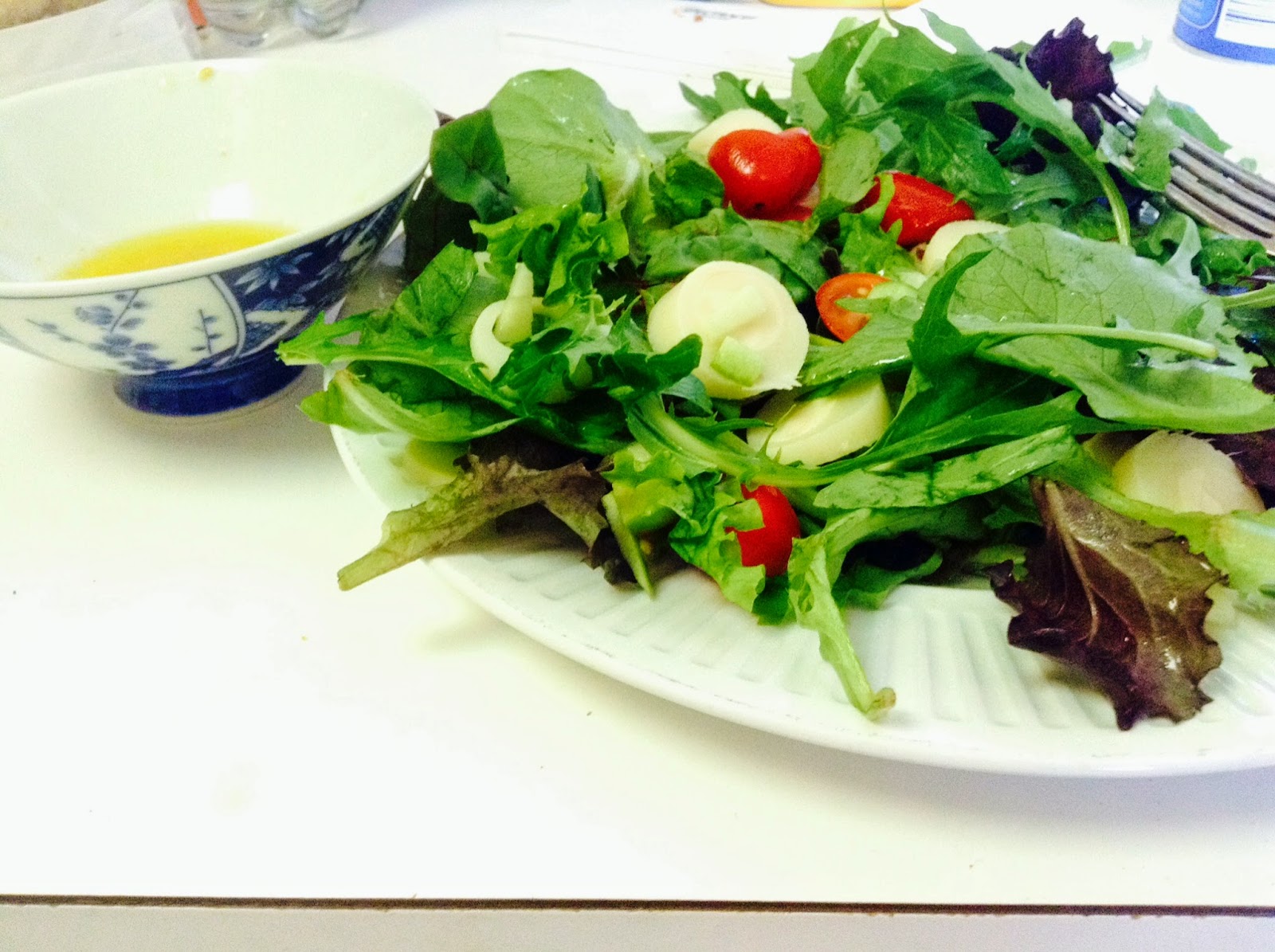 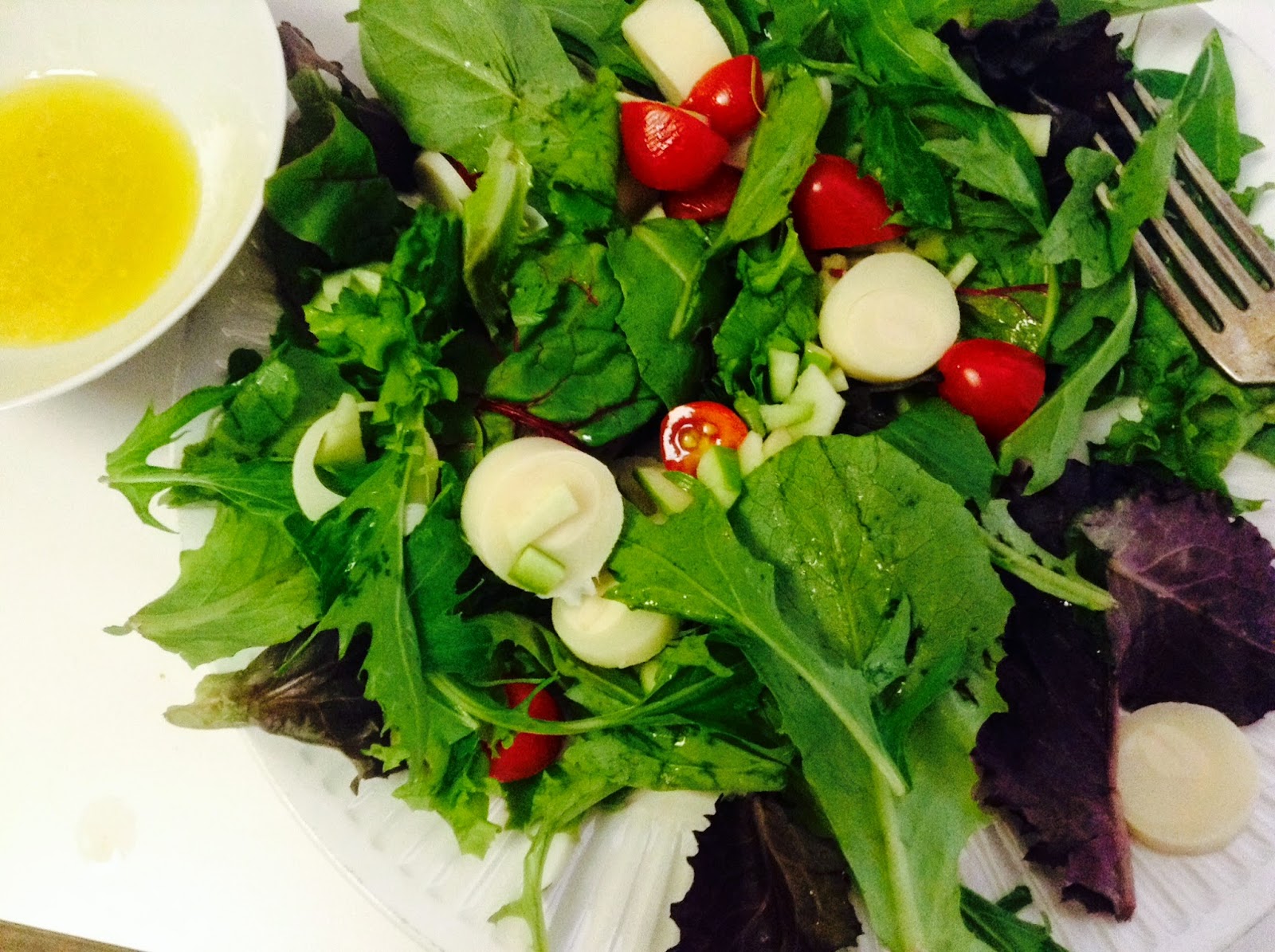 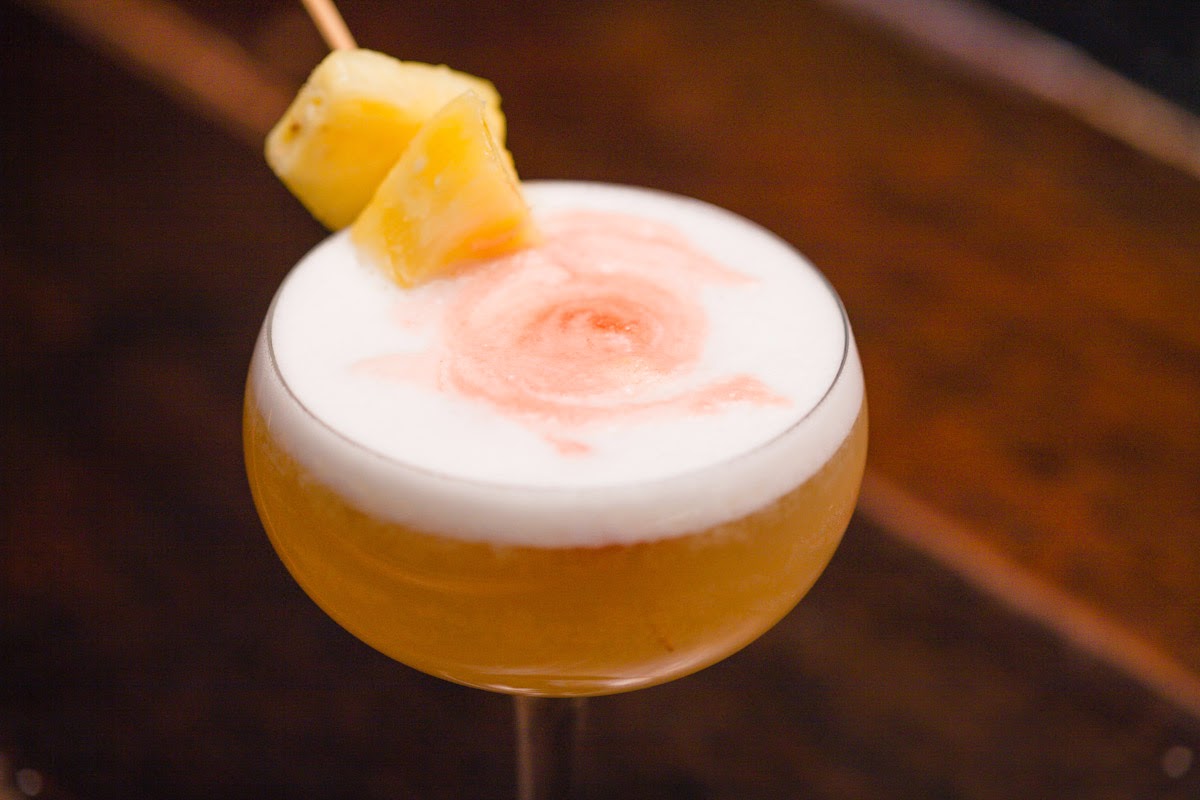 So what makes this libation a virtuous vice? Marquis Vodka, the ultra-premium vodka that’s quickly becoming the hippest vodka there is and growing faster than your windowsill’s basil plant under the warm spring sun  (it’s currently being launched at fine restaurants,nightclubs, bars, hotels and retail stores throughout the New York metropolitan market,Florida and California), donates 20% of their retail revenue to charitable partners like Meals On Wheels and The Trevor Project. Now there’s a hangover you can at least feel good about.

Vegan doing Vegas? Look no further than Holsteins Shakes and Buns which offers alluring vegan options any carnivore seatmate will drool over. The new burger concept at The Cosmopolitan Hotel is like a funky West coast den with East Village attitude that custom crafts its whole menu in-house. Can’t make it to Sin City yourself? Bring the spirit of Vegas to your own kitchen with two of their signature recipes. 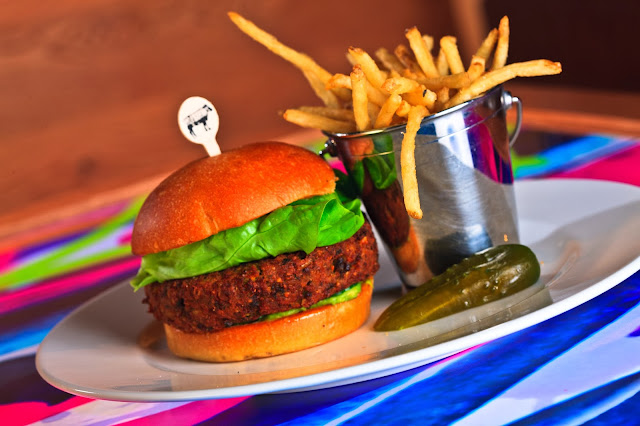 And wash it down with this dairy-free delight. Hello, Maple Pecan Bamboozled Shake: 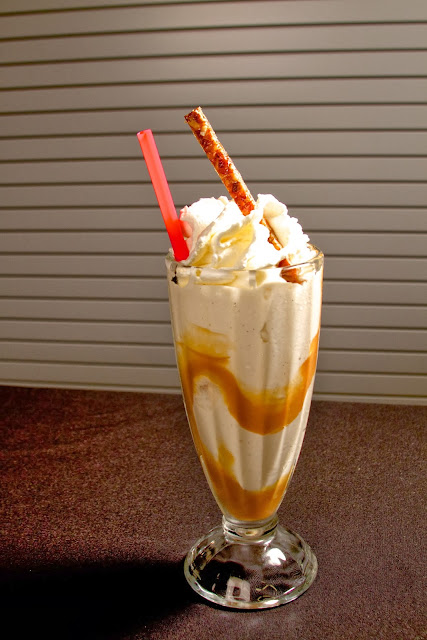 And I don’t know about you, but I’m happy to be indulging in this boozy shake in the comfort of my apartment in NYC. Because, hey, it’s better to lose your mind a bit, then to lose all your money!

Okay, I know, I know, 22 days does not a vegan make, but the celebrity duo make taking the vegan plunge look, well, really freaking simple (Cue to a photo of decadent vegan mac and “cheese” on Beyoncé’es instagram), so besides hiring a personal chef, what are the top secrets for making going vegan as simple as Truffle Pie with Sea Salt and Butternut Squash Walnut Ice Cream? Giddy up:

1. Read Healthy. Happy. Life. Sugar Plum Citrus-Cranberry Sparkle Muffins? Super-Blueberry Toasted-Coconut Chia Pudding Parfaits? Smoky Maple Tempeh Cheezy Broccoli Pita? Don’t mind if I do. Then drool over Sunday Morning Banana Pancakes‘ Chocolate Cake with Salted Caramel Frosting and Braised Greens with Golden Raisins & Smokey Tempeh. You can also check out my slideshow of vegan comfort food recipes for everyone for some more awesome vegan blog resources. I suggest you stop there though, lest you want to go food shopping with a list the size of Santa’s up in the North Pole.

2. Sprinkle nutritional yeast on everything. Everything!

3. Eat Fritos. And everything bagels. And Ritz Crackers. And cinnamon Teddy Grahams. And Wheat Thins. And Sour Patch Kids. And baba ganoush. And grape leaves. And hummus. And scallion pancakes. And countless more accidentally vegan foods (props to PETA for the awesome list). Because you still can! Stop thinking about the shift as excluding your old favorites, and start thinking about all the amazing foods you can still include in your diet and the new foods ripe for fun experimentation during this exciting new phase of exploration (C’mon, who doesn’t love the honeymoon phase of a relationship?). And drizzle Hershey’s Chocolate Syrup over it all, because you can do that too, you know.

4. Put a mark on your calendar (paper, iPhone, desktop or otherwise) everyday you stick to a vegan diet. You’ll feel more accountable to your new routine and proud to track all your progress.

5. Make up a big vat of vegan soup. Because you’ll feel virtuous. And no matter how convinced you are that a stupid bowl of soup won’t fill you up, you’ll make it and be shocked. Because it will (Okay, you might need two bowls). Try this version with veggie broth from Queen of Quinoa for Super Healthy Green Soup. And sop it up with a warm, crusty loaf of delicious multigrain or sourdough bread. Because bread cures everything. Even Oreo withdrawal. OH WAIT THOSE ARE VEGAN! 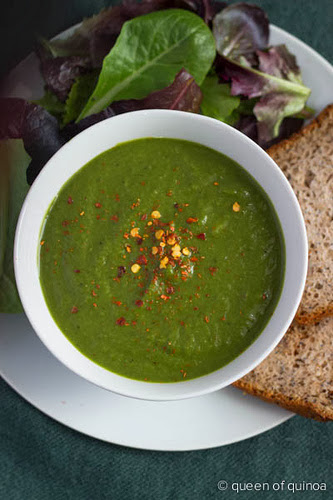 Don’t get me wrong, workout ruts, relationship ruts, school ruts…those all suck and all. But there’s nothing quite like a guacamole rut. Why? Because unlike final exams, your flaky boyfriend or your lazy self failing to make it to the gym, guacamole is one thing you can always count on to be delicious, satisfying, and convince yourself eating it is the virtuous, healthy queen of the junk food universe. So when it’s the end of a long day, and you can’t get yourself excited about digging into a heaping bowl of green goodness, you know something’s wrong.

Alas, creative spins to the rescue! I promise these three fast fixes from Two Peas & Their Pod will send your blah-camole blues away.

First up, roasted corn and red pepper guacamole. No limes? Try adding the juice of a lemon instead. A splash of balsamic vinegar also complements the roasted corn in this 7-ingredient recipe nicely (well, nine total, but who doesn’t have salt and pepper excepts your lame-oh ex-roommate whose idea of cooking was re-microwaving last night’s Seamless order).. 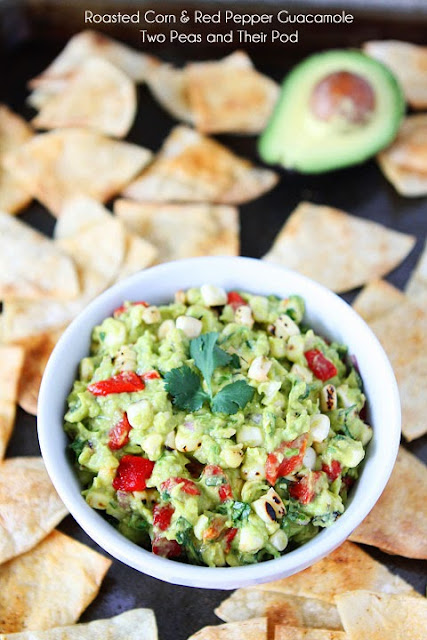 Next on the guacamole roster is their zesty mango cilantro guacamole (warning: for those unfortunate folks cursed with that whole cilantro tastes like soap gene dysfunction thing, they will detest this, so swap cilantro for parsley). Neat trick I learned about mangoes that has changed my life? Stop wasting thousands of seconds at the fruit stand or grocery store tossing away mangoes based on their skin color: it has nothing–I repeat, nothing–to do with their ripeness. Just squeeze it gently, a ripe one will give slightly. (More mango selection tips at Mango.org) 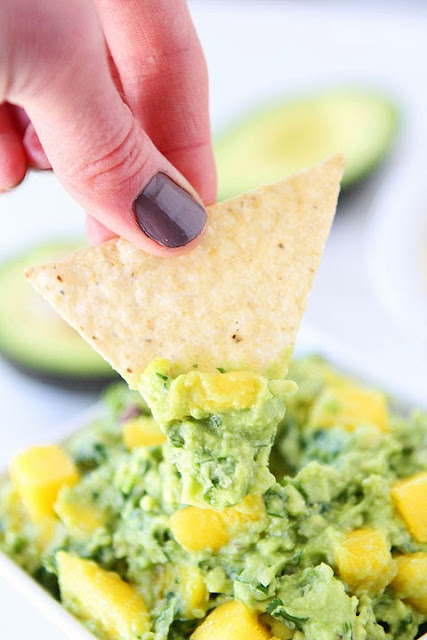 Lastly, Pesto Guacamole hits the spot when you find yourself onion-less, pepper-less or just looking for a good sandwich spread. Just make sure you follow a recipe for vegan pesto (many recipes for pesto use grated cheese), or if you bought a store-bought pesto, check the ingredient list. 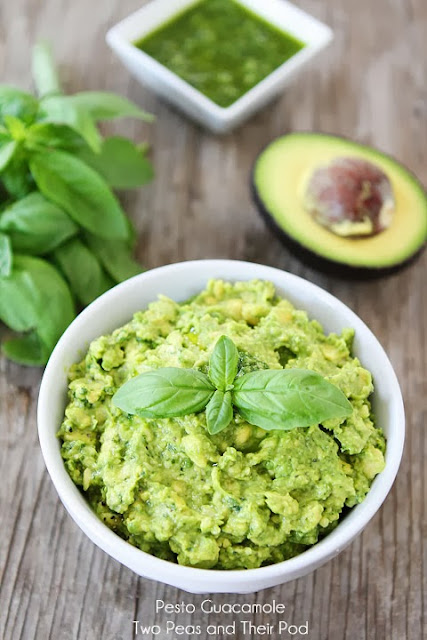 De-rutted yet? I thought so. More guacamole inspiration here: Change Up Your Guacamole Dip with These Surprising Ingredients

I’ve been on a huge pear kick lately. Maybe I should change my name to Pear-E. But seriously. Lately, I’ve been scouring the sale bin at my local grocery stores for not quite ripe ones to stock up on the flavorful fruit (“Check the neck” for ripeness–if it gives a little, it’s ready to eat). I’ve been adding them to my standard morning banana + spinach + berries + almond milk + almond butter + whatever else shake. I’ve been having them for dessert drizzled with maple syrup, cinnamon and sea salt (because I’m weird like that). I’ve even been adding them to my carrot-apple-lime-ginger-spinach juice. Excepts not because when i stand there slicing it in front of my juicer, I just can’t help myself and wind up eating it then and there. One thing I haven’t been doing is roasting them, but after stumbling across this elegant recipe from 86Lemons for Roasted Pear and Arugula Salad, I knew I was ready for a change.

So you’ll imagine my happiness when I got a beautiful holiday delivery filled with a variety of USA Pears. 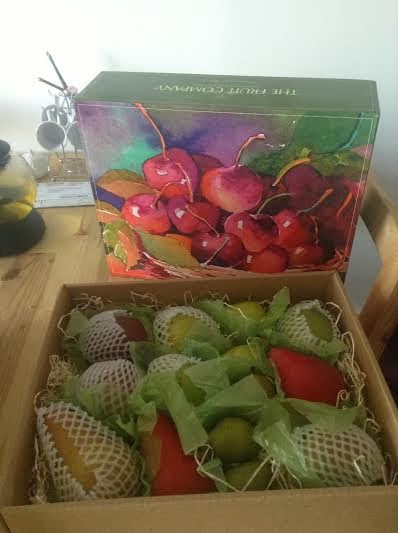 One quick trip to the grocery store for arugula and lemons later….BAM! 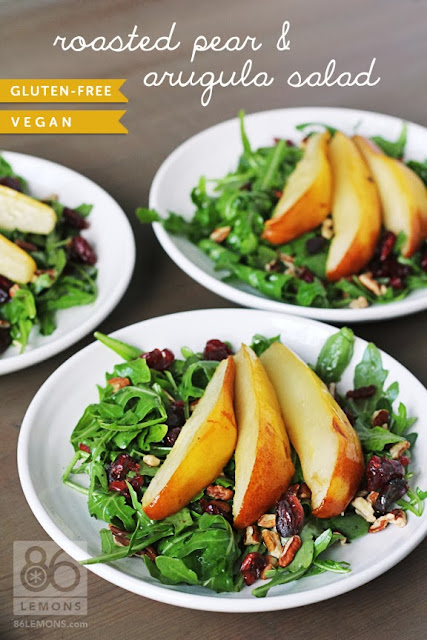 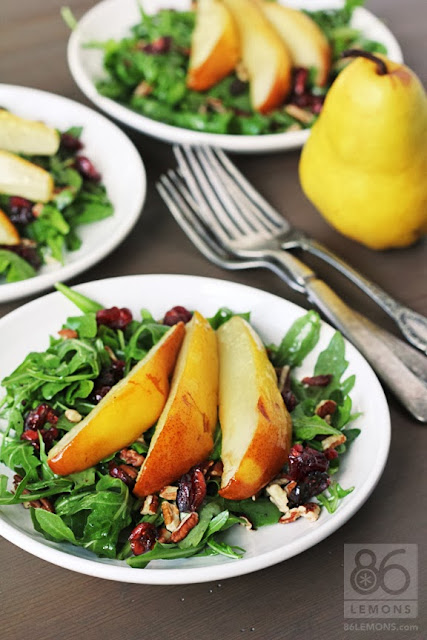 Well, mine didn’t look as pretty as Livvy’s (and I skipped the dried cranberries, too sweet for me), but you get the idea. P.S. Apple cider vinegar + maple syrup + lemon juice + olive oil = YES.