Here are five 10 insane vegan desserts I’ll be getting inspiration from this fall. If you’re anything like me, and you’ve encountered countless friends inquire “But what about ice cream?” “What about cheesecake?” “WHAT ABOUT COOKIES?…AND BROWNIES?”

What about ’em? 🙂 Beyond the standard vegan pumpkin tiramisu and pumpkin cheesecake with pecan crust topping dazzle them with any of these delights and watch their skepticism fade away.

Okay, so maybe they’re pegged as breakfast cookies, but speaking from personal experience. These 2-Ingredient 2-Ingredient Healthy Banana Bread Breakfast Cookies {with delicious add-ins!} from Ambitious Kitchen taste amazing any hour of the day. My favorite mix extras are a sprinkle of sea salt and a light dusting of cinnamon. I’ve got some dark cherries today and a few handfuls left of the addictive Navitas Naturals Cashews, so those might find their way into a batch as well. Add some flaxseed meal or chia or hemp seeds for an even superboosted indulgence. 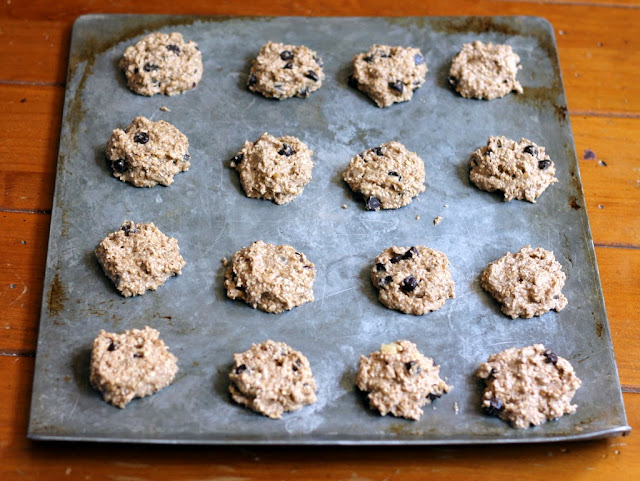 To stacks of deliciousness… 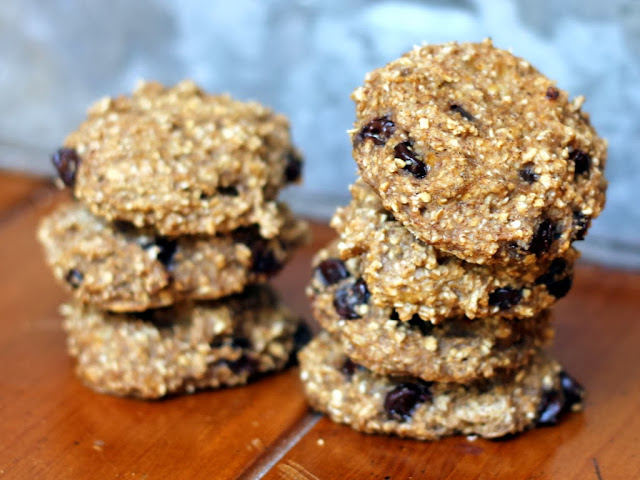 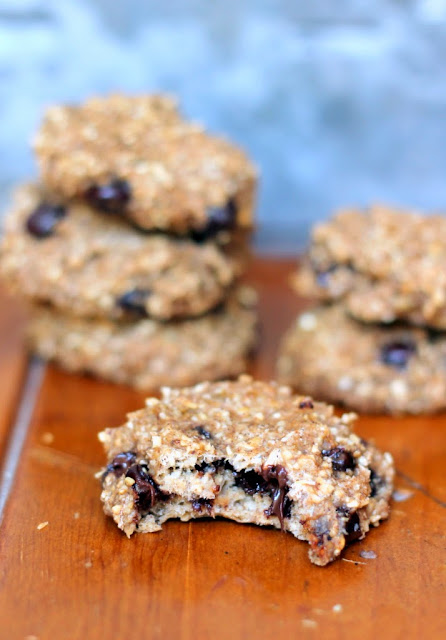 Need to appease the ooey gooey chocolate aficionados in your life? Look no further than these babies, also from Ambitious Kitchen. Because who can say no to Black Bean Avocado Chocolate Chip Fudge Brownies . Okay, you got me, your body building boyfriend might say “ick” to the veggies and legumes. So just tell everyone they’re Chocolate Chip Fudge Brownies. Trust me, no one will know you slipped in good-for-you stuff. 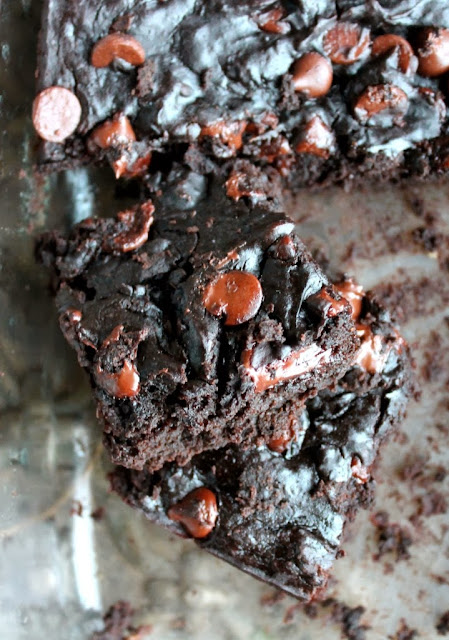 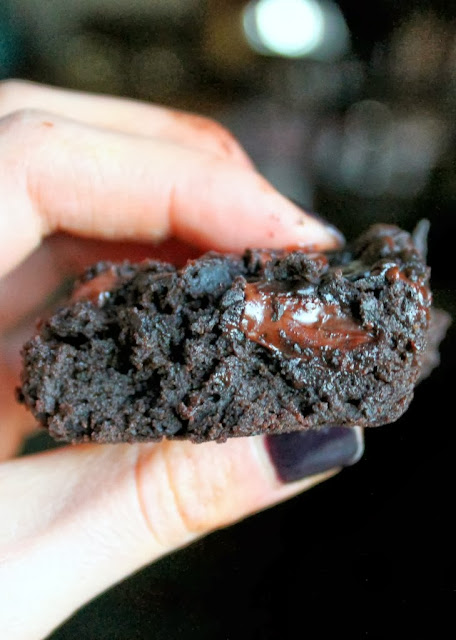 All this chocolate talk has you craving, well, more chocolate, right? These I-dare-you-to-say-no Flourless Chocolate Chip Zucchini Oat Brownies from Ambitious Kitchen have only 86 calories and 6 grams of sugar per square 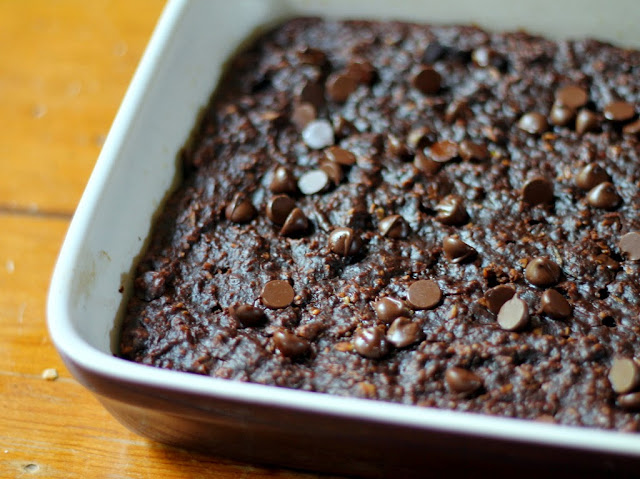 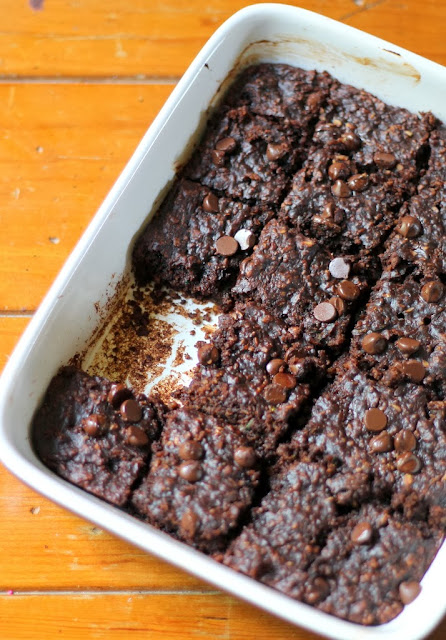 Next up, we’ve got Can’t Say No Pumpkin Bread from Queen of Quinoa. You know you’ve been dreaming about it since the first time you retired your early fall cardigan for your okay-this-is-really-fall-now khaki jacket, so why say no? Oh, and need I even mention it, but between the Medjool dates, quinoa flakes and coconut oil, you can file this under “Desserts You Won’t Feel Guilty About.” 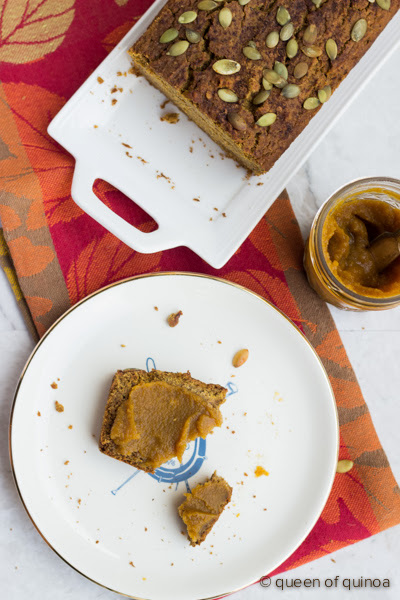 Still thinking about those brownies? Me too. Until my brown infatuation met these blondies. Black Bean Avocado Brownies, meet Ambitious Kitchen’s Peanut Butter Oatmeal Chocolate Chip Lentil Blondies. And this time, you can just tell the BF to get excited for some no sugar added, protein-loaded peanut butter nuggets of goodness. (He doesn’t need to know about the lentils, right? I mean, it’s not soy…) 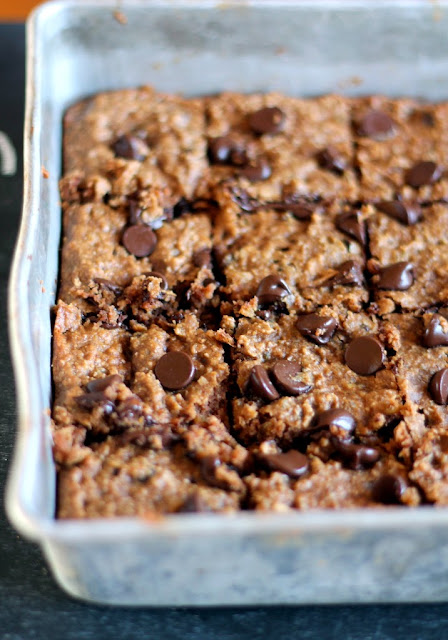 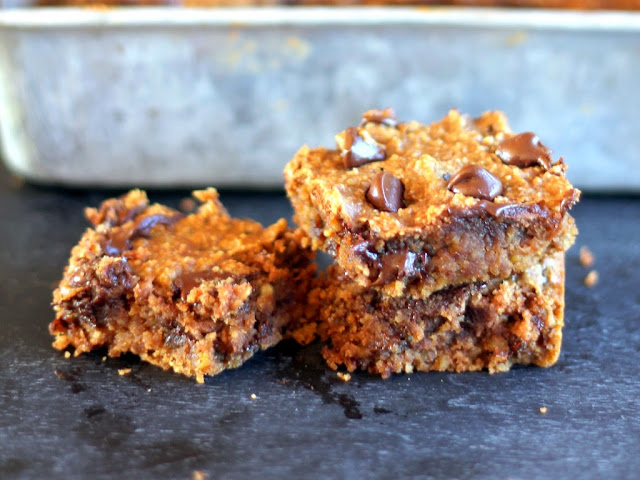 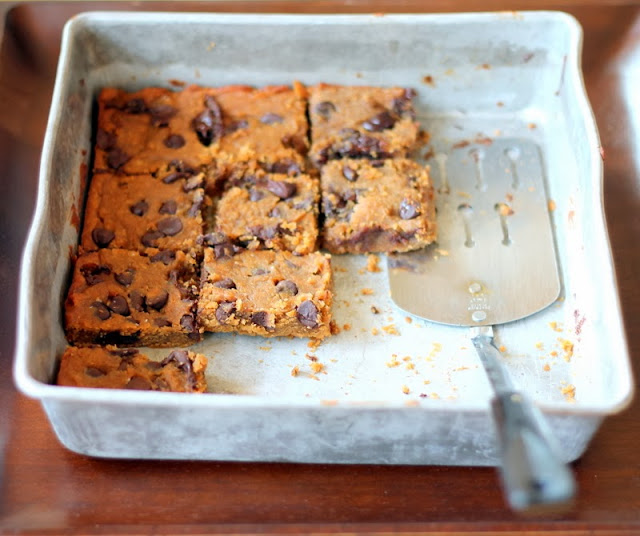 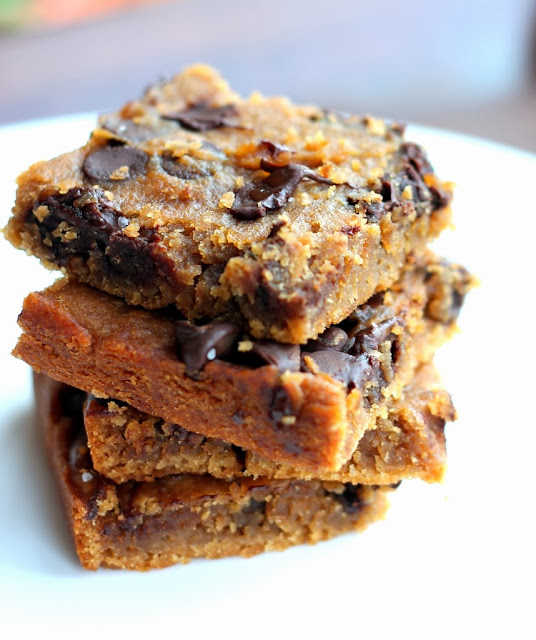 And what’s a blondie, or any dessert, for that matter, without some ice cream? That’s why I’m going  with these two #SeriousWins to top the crumbly masterpieces with some frozen love. First up, Vegan Chocolate Chip Cookie Dough Ice Cream courtesy of Queen of Quinoa. The cookie dough balls are très easy to assemble (and you don’t have to worry about what’s going to happen to you from eating raw egg) and a scoop or two is a heavenly reminder that whoever decided ice cream is a summer thing, definitely never placed it over a toasty, oven-fresh blondie. 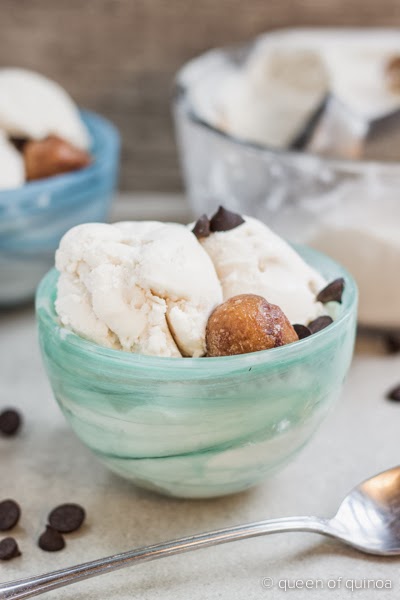 And because what’s a celebration without truffles? May I present to you Secretly Healthy Black Bean Chocolate Protein Truffles from Ambitious Kitchen. And to steal Lay’s potato chips slogan “betcha can’t eat just one.” Excepts, you won’t have to worry about that, now, will you?  Black beans + protein powder + maple syrup = antioxidant and protein power house. 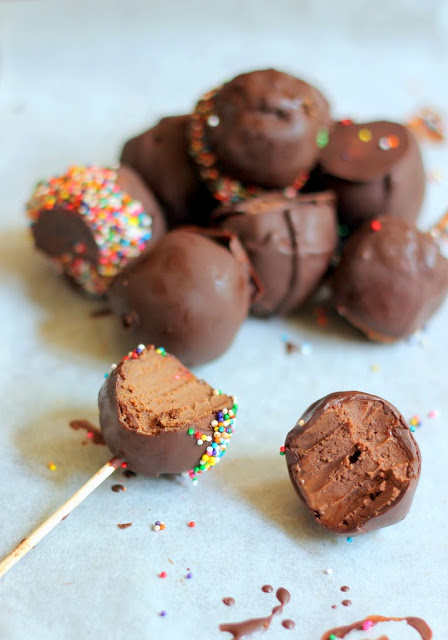 Okay, okay, we’re busted. Our hopeless devotion to ice cream has led us to also attempt Ambitious Kitchen’s Banana “Ice Cream” with Toasted Coconut, Almonds, & Dark Chocolate.  All you need for the “ice cream” is a few ripe bananas, and all those ripe-ies are getting sick of being baked away in your oven, anyways. They’ll appreciate the change of pace. Because you’re doing this for them….right? Totally. Has nothing to do with that batch of brownies in the oven. No, not at all. 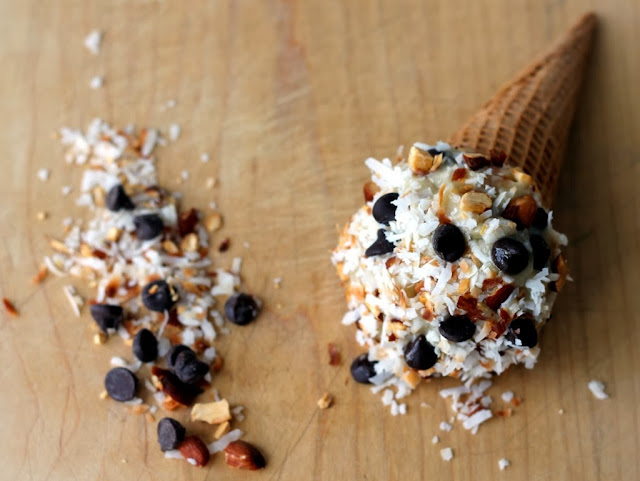 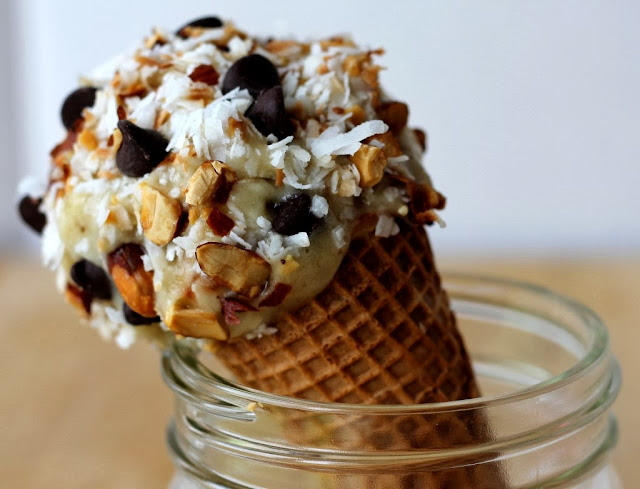 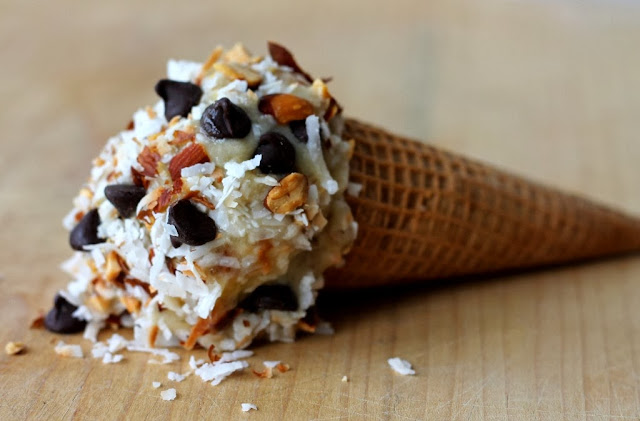 And for ice cream dipping purposes? Chocolate Chip Cookies, of course. Queen of Quinoa ingeniously weaves in quinoa flakes here, but the real secret weapon is unsweetened apple sauce. The gluten-free guests at your table will be weeping with joy. 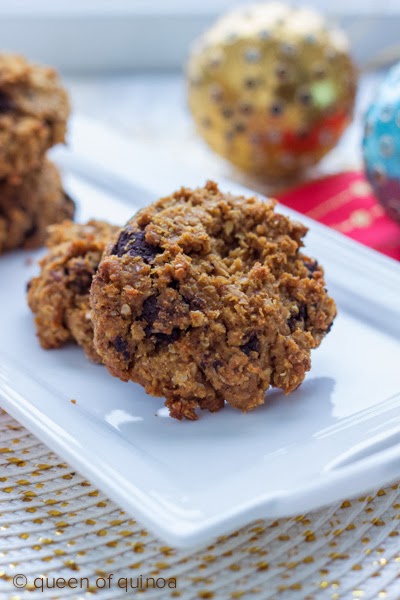 So back to that original question of your demanding guest…”What do vegans eat for dessert at Thanksgiving?” Well, after any of these wonders, they might even take a moment to tell you “Wow I finally get why you’re doing that whole vegan thing!” Excepts they probably won’t… they’ll  just be too busy scarfing down their desserts to take a breath of air. What don’t vegans eat for dessert?